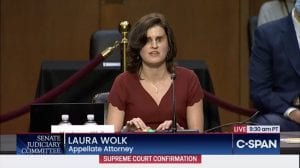 Laura Wolk, first blind woman to clerk on the US Supreme Court

People who are blind or visually impaired are powerful advocates and effective leaders throughout our nation but with very few exceptions, do not hold public office.  Governor David Paterson of New York (2008 – 2010) comes to mind.  Some may remember Former Vice President Al Gore’s cousin, Thomas P. Gore, “the blind Senator from Oklahoma” who served when Oklahoma first became a State 1907 – 1921 and again 1931-1937.  It would be great if our Florida ASB blog readers could let us know! 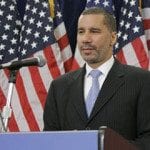 Our guest blog writer, Ed Carter, has worked with clients of all ages, backgrounds and incomes. About 10 years into his career, he saw a need for financial planners who specialize in helping individuals and families living with disabilities.  You can find out more about Ed, and the services he provides, at www.ablefutures.org.  Here is his valuable guidance on running for office. 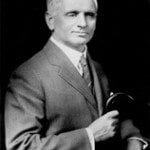 How to Run for Office as a Person With Disability

Although almost one in four Americans have a disability, people with impairments are poorly represented in elected office. Most of us can only identify a few politicians with disabilities at the national level — and may not even know anybody with a disability serving in our state or local government.

Running for office is an exciting and challenging process. Every candidate needs to come up with solid strategies to create a solid base. For a successful run, do some research into what’s involved in becoming elected to a political office when you live with vision loss or any other disability. Here are a few tips on getting started.

One of the first and most important things you need to do is to start thinking about your campaign team. Putting together a supportive team that includes a manager, a financial adviser, and a marketing expert will make a huge difference. Your campaign manager will be the most vital member of your team because they need to keep track of virtually every aspect of your campaign, so look for someone who is an expert in the job and who you can trust.

Also consider looking for a communications manager, a press secretary, a legal advisor, and social media person. Because we live in the age of technology, social media is one of the most vital tools you can use to make yourself known. Not only does social media allow you to post updates about your candidacy, but it also helps spread the word about your advocacies, competencies, etc. Hiring a freelancer to handle the social media aspect saves you time, effort, and the possibility of failure. A marketing professional will know what to do and how to write to attract more supporters and make you popular.

Do Your Research and Strategize

People with visual impairment are very poorly represented in the government, which is why the idea of a person with a disability running for office is fantastic. As you figure out your campaign’s message, make sure to make it known, so people will be aware of how you intend to lead them once you’re elected and what your plans are for when you’re in office. Do a lot of research and come up with different strategies that will work. Become familiar with everything regarding the position you’re trying to get, analyze the voter demographics in your area, and figure out what percentage you need to gain to be elected. By researching these aspects, you’ll be able to develop strategies to effectively lead your campaign, become popular, and eventually win the elections.

It would be best if you ask plenty of questions when you’re running for office. It is essential to ask as many questions as possible to know what you’re doing and how to act in unexpected situations. Learn from those who have done this before, such as a person who once had the position you’re running for or someone who has tried to run for office in the past. By learning from other people’s mistakes and successes, you don’t have to make them yourself, which automatically propels you forward. Ask them about the challenges they faced and how they overcame them, how much money you need to raise, etc. Also, always allow other people to help you. Use all the help you can get, including aid from various non-profit organizations or agencies that specialize in serving people with disabilities like the Florida Agencies Serving the Blind.

The visually impaired need to be represented in office. As more people with disabilities run for office, Americans can observe the fact that disabled people are not helpless and passive citizens but active participants in society.