The Grandfather of Possibilities

THE GRANDFATHER OF POSSIBILITIES

Ron Klein was talking with his good friend Jim Kutsch.  This is a story about Ron, the Electrical Engineer and Computer Systems Designer and Jim the PhD in Computer Science who ended up being the CEO of The Seeing Eye, one of the world’s great guide dog schools and the first one in the United States.  Those two facts in their biographies could lead you to think their geekiness was the basis of their friendship.  But these guys don’t take straight lines to any point.  They both have a broad-ranging curiosity and are much too creative for that. 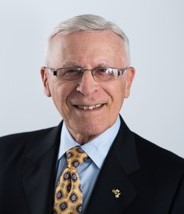 They met through Ron’s wife, Arlene, and her love of animals, which she expressed through her work on the board of The Morris Animal Foundation.  Dr. Morris was a renowned veterinarian who developed a nutrition plan for dogs who had developed kidney failure due to the poor diet they were fed during the Depression (along with their humans who also were facing the ravages of poverty).  He saved the life of the first Seeing Eye guide dog, Buddy, who guided The Seeing Eye’s first graduate and traveling ambassador, Morris Frank.  That connection with The Seeing Eye explains why Jim was on the board with Arlene.

Ron and Jim both had already innovated independently to improve the lives of visually impaired people.  Jim’s PhD thesis produced pioneering work leading to the earliest “talking computers.”  In one of his first corporate ventures in the field of data communications, in 1972, Ron ended up with a huge surplus of teletype (TTY) machines from Western Union.  They became the basis for new “TTY-relay services” helping the hearing impaired communicate by telephone.  Ron’s company then modified the Teletype printers to produce braille, opening the TTY relay services to the deaf-blind.

Let’s stop for a minute to absorb all the zigzags in this story.  Connections going back to the Great Depression led to Ron and Jim’s friendship.  Ron and I also discovered a connection and it concerns those TTYs.  Deaf and deaf-blind users of those teletype writers typed messages to a relay service worker, who spoke the messages to a hearing person and then typed the responses back to the deaf or deaf-blind person.  Two deaf or deaf-blind people with those TTYs could also communicate directly over the phone lines without a speaking middle-man.  Isn’t that basically what we call “texting” today?  Back in 1976, I taught a deaf-blind woman, Helen Gribs, to use one of those braille-printing TTYs, produced by Ron’s company associate Tri-Formations in Stuart, FL.  Helen’s machine was the first one to actually be used by a person in their home.  She lived alone in her own apartment, first on Miami Beach and later in Pompano Beach before going into an assisted living facility about twenty years later when she was in her 90s.

So Ron and Jim were talking, and the topic turned to the little things that really create havoc in a person’s life.  Daily situations where the great technological innovations don’t apply.  Jim was asking Ron to find a way for him to identify stuff independently:  not just a specific medicine bottle but the instructions for taking the pills, the food containers and how to prepare the food, the CDs, all the tubes in your beauty kit, all the gadgets, and on and on. 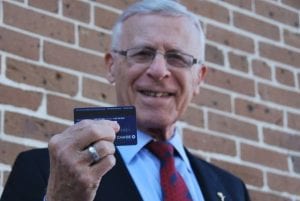 Ron Klein–the magnetic strip on the credit card was his invention–when you swipe, you “play” the tape.

To me, the ability to be an inventor is one of the most fascinating qualities of a human being.  Ron calls it “finding the gift behind that challenge.”  For the challenge Jim posed, Ron turned to QR codes.  Wikepedia says, “QR code (abbreviated from Quick Response Code) is the trademark for a type of matrix barcode (or two-dimensional barcode) first designed in 1994 for the automotive industry in Japan. A barcode is a machine-readable optical label that contains information about the item to which it is attached.”  They look like a small square with a random design of black lines and zigzags: 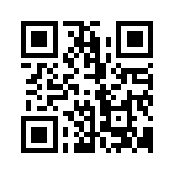 Ron developed a scanner app for smart phones called “Envision ELI, your personal identifier.”  The app is downloadable for free and the adhesive special QR labels are available through EnvisionELI.com.

You download Envision ELI App from GOOGLE PLAY or the APP Store:

Then you literally point your phone at the Eli coded label, follow the voice prompts to speak a message to be recorded, and stick the QR adhesive Eli label on the item you are identifying.  If you don’t like what you said, you can change it.

So that’s pretty neat, but it is only for your personal stuff.  You still have to make the label which means somebody you know has to tell you or you have to go to a service like BeMyEyes.com or AIRA.io.  Similar to the old TTY Relay Service, BeMyEyes and Aira have sighted persons who can describe something that your smartphone camera is looking at.

So Ron is not finished.  He now is working with major corporations to get them to afix Envision ELI codes on their products.  The recorded message will be “in the cloud” and you will use the standard QR reader from your cellphone camera.

Ron says he is releasing us from “the electronic leash.”  The immediate need for information will be right in the palm of our hands—with updated information, even links to YouTube instruction videos.  We won’t need all those apps and often frustrating website searches so much.  Go to www.EnvisionELI.com to get the whole story.

I spoke to Ron at Lighthouse of Collier, in Naples, FL.  It is one of the member agencies of Florida Agencies Serving the Blind.  He is a delightful conversationalist, now 84, who still hasn’t figured out how to retire.  A Korean War veteran, he is working closely with the VA to spread the word about ELI.  He says, “My philosophy is you have to be “Smart, Daring, and Different.  Not PhD smart. No, just, learn something new every day.  Don’t be afraid to make mistakes.  And different, you must provide benefits, not just ideas.”  And his final word, the ultimate challenge from the Grandfather of Possibilities, was, “Simplify!”